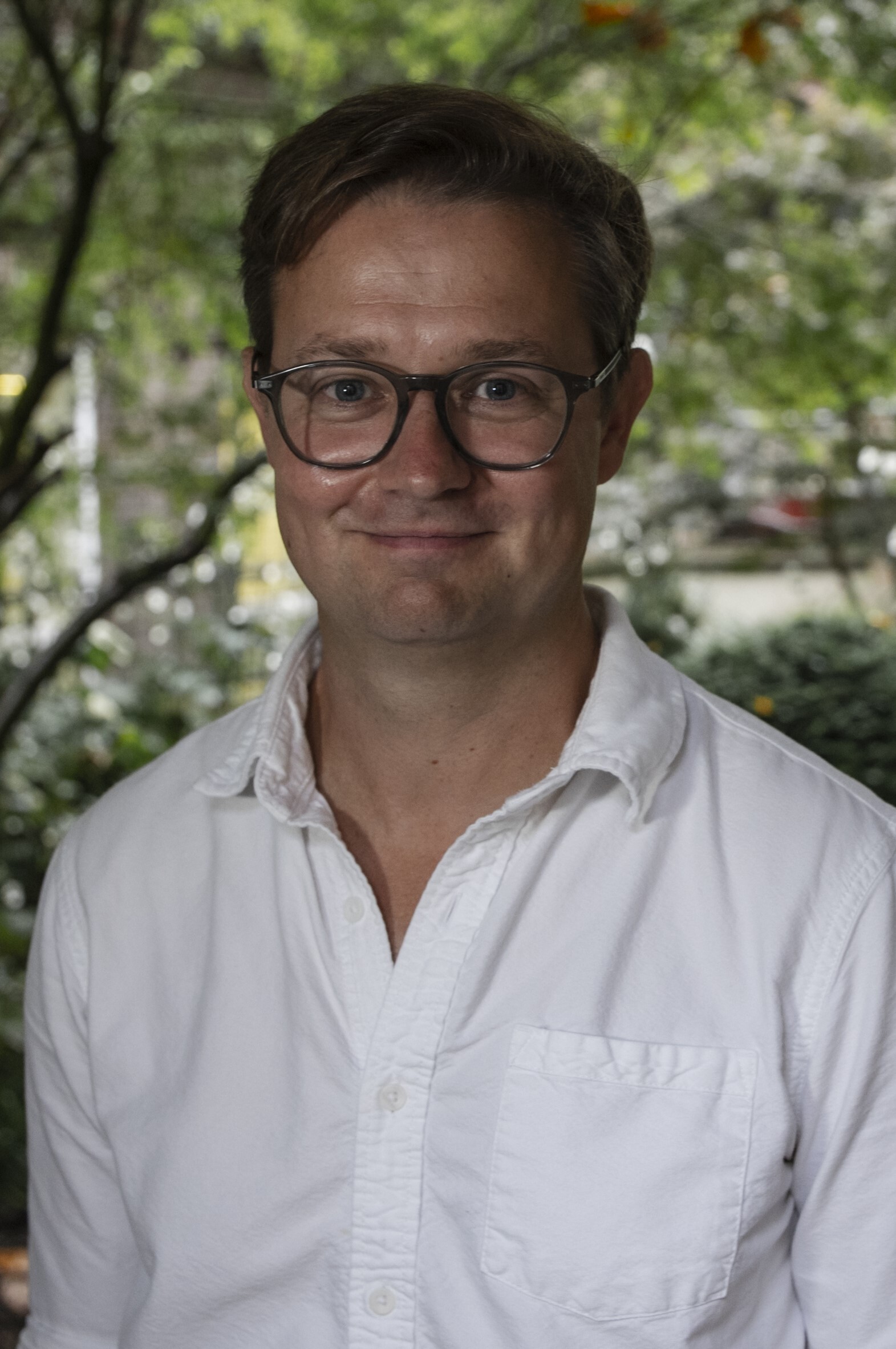 Dr Richard Issitt, Senior Paediatric Perfusionist at Great Ormond Street Hospital for Children and BHF Alumnus, reflects on his journey from genetics to perfusion, the life changes along the way, and the role of the British Heart Foundation in his exciting career, in this inspiring and motivational blog.

'As with many things in life, there are times you’ll find yourself stood with options of how to proceed. Sometimes (quite often in fact), the way forward does not look forward at all. People approach this in many ways. My particular favourite has always been "I’ll go this way and see what happens". And so we come to the crux of the matter; I’m rather here by accident.

Let me start at the beginning, I’ve always been interested in science. When all else is removed, I’m interested in how things work and why. However, the path that I’ve taken isn’t exactly direct, or sometimes intended! I studied Genetics and Microbiology at the University of Sheffield and, on finishing, thought the natural next step was to do a PhD. Due to a number of factors (chief among them being that I disliked sitting in a draughty laboratory at 4 am plating out cells for culture), I decided after the first year that this wasn’t for me. Whilst I was doing something that would ultimately help people (the project was investigating cancer cells), I never felt that I was really making a meaningful impact (a common feeling when looking at a tiny part of an incredibly complex, albeit so important, disease). So I left, and like all good students moved back in with Mum and Dad and got a job for the summer whilst I looked for my next career move.

Now, many people would assume that a genetics degree sets you up for a career in creating multiple copies of the same sheep, or editing out my own genetic flaws. It probably does, but I wasn’t really interested in that sort of thing. I went online and decided to see what was around. A couple of things grabbed me; first was a job with the secret service (they never got back to me, or have been watching me ever since, I can’t be quite sure), and the second was Perfusion. However, I had no idea what it was (and I seriously doubt most people reading this do either, but don’t worry I’ll explain in a minute). By a stroke of luck/fate/stars aligning, my then girlfriend (now wife!) was doing a placement in an anaesthetic department in Sheffield. When I told her that this career sounded interesting to me, she replied with "I’ve just seen that in cardiac surgery, it’s a massive machine that keeps the blood pumping during open heart surgery". Now I knew what I wanted to do. It combined two things I enjoyed, playing with big toys and directly making a difference to people. Anyway, long story short, I applied and got the job. So off I went into a career that, if I were being brutally honest, I had absolutely no idea about.

As promised, here’s what it is: a Perfusionist is the person responsible for maintaining the patient’s circulation during open heart surgery (and a few other things). Essentially they use circuitry to ensure you get enough oxygen, remove the carbon dioxide (i.e., like the lungs) and keep your blood going around at the correct rate. The job could be imagined as sitting in a Venn diagram of medicine, engineering and blood. Lots and lots of blood. Whilst I joke that I’m a glorified plumber, in truth there are a few parallels; we have to deal with airlocks, we set up the tubing to carry the blood and ensure that the system runs at the correct temperatures. However, unlike a plumber, if we don’t get it quite right we have about 30 seconds to identify the problem and fix it before it could lead to a catastrophic, even life ending, event, so it can be a rather a high pressured environment. I spent a few happy years as a jobbing Perfusionist before my past caught up with me; the urge to continue researching became too strong to resist.

Now, theoretically, getting a PhD is an “easy” process. You find a PhD program you’re interested in, apply and hope you get through the fairly rigorous vetting process and beat off the competition. At the time, there were very few Perfusionists that had done a PhD (or at least had a PhD in a Perfusion-related subject), and so getting funding was incredibly difficult as I didn’t fit the “traditional” Medical or Nursing groups. Persistence paid off and after a few years, 2 children and more than a few grey hairs, I got my doctorate! The world is my oyster!

As you’ve probably guessed, that wasn’t exactly the case. It took a further 5 years to prove to senior management that, if they gave me the opportunity to build research time into my career path, I could indeed make a difference. There were no dedicated academic career paths for my profession, no funding routes to move forward and even fewer academics in a related area that could/would provide supervision. Then, in 2019 something happened; the British Heart Foundation created a dedicated route for “non-traditional” specialists!

I firmly believe that half the time I’ve worked hard, and the other half, I happen to be stood in the right place at the right time. I got in touch with the BHF to double check that I could really apply for funding. "Yes, absolutely!" came the reply. I’d just been working on a project that to me seemed perfect for this type of funding, so I went for it, and became the first ever Perfusionist to be a BHF Research Fellow; this would set me on my path to clinical academia! More than that, it’s opened the door to so many others that aren’t typically regarded for medical charity funding to believe that they too can help make a difference to cardiac disease.

As is often the case, this theme of crossing boundaries isn’t restricted to my career; my BHF funding is allowing me to investigate how we can make the most of donated hearts for children, crossing the boundaries normally impenetrable due to the incredible human immune system. This incredibly complex but beautifully intricate system provides protection in our day to day lives, but can be a double edged sword when things go awry. Diseases known as cardiomyopathies can irreversibly damage the heart’s muscle, resulting in a requirement for artificial hearts and pumping chambers to be implanted to counteract the heart’s ever decreasing function. Now, whilst the rate of child death has been falling over the past decade (thankfully!), this has led to an unintended issue for patients with cardiomyopathy; there are very few hearts donated that match the patients waiting for them (for example, they have different blood groups or antibodies that prevent the transplantation going ahead). And this is where my research comes in. With my colleagues at Great Ormond Street Hospital and the Institute of Cardiovascular Science at University College London, we’re looking to cross these boundaries using technology as part of the heart transplant surgery; in effect “making” the patients compatible to the heart on offer. This would potentially mean that whatever heart is offered first could be used, rather than months (or even years!) of waiting for a heart to become available. Not only would this mean we’d be able to minimise the inevitable, and incredibly sad, complications that can occur on the waiting list, but also prevent any organ being wasted.

Whilst I’ve talked about the boundaries I’ve crossed as a Perfusionist in terms of career progression, it is the final boundary, the one that would make a difference to tens of children in this country every year that drives me, and the opportunity to cross it is down to the BHF funding “non-traditional” professions like mine. We’ve already made great strides, halving the number of blood transfusions required in ABO blood group incompatible heart transplantation, as well as being able to offer the technique to significantly older children than originally thought possible. I can’t wait to see what advances other specialists will make given these same opportunities from the BHF!'

Richard's research is funded by a BHF Clinicial Research Training Fellowship. Find out more about this type of grant on the BHF website.