What happens to our hearts when we run? As Medical Director of the London Marathon, consultant cardiologist for Tottenham Hotspur and Director of the CRY Screening Programme, BHF Alumnus Sanjay Sharma has treated some of the world’s most elite athletes. His research is helping us understand big questions in cardiology and sports science. 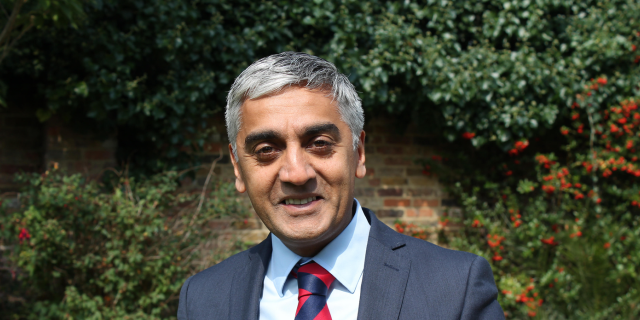 Is there a “sweet spot” of the right amount of exercise we should be undertaking?

If we look at datasets over the last 60 years, then there is no doubt that physical activity promotes better blood pressure and lipid profile, it promotes a slim build and it increases insulin sensitivity. By controlling all of these risk factors for coronary atherosclerosis, people who exercise regularly reduce their risk of an adverse event from myocardial infarction by around 50% when they reach 50 or 60 years old.

We also know that people who exercise regularly live anywhere between three and seven years longer than those who are sedentary. Based on current evidence, the kind of exercise required to do this is around 150 minutes of moderate exercise over a one week period. That’s two and a half hours at a pace of a 15-minute mile, so a very light jog. But if we look at more detailed analyses performed recently, then you probably have to do four times this to reduce your risk of diabetes, cancer of the breast and colon, and heart attack.

What preparation is recommended to run a marathon?

We recommend at least 17 weeks of training prior to the race. We also suggest that individuals who want to run a marathon seriously should be able to run 18 miles relatively comfortably before race day. Clearly the amount of training required for a marathon is way in excess of the “sweet spot” discussed above, but I’m pleased to report that a very elegant study funded by the BHF actually looked at the effects of a single marathon run in novice runners.

We took 62 individuals who had never run a marathon, and we investigated them comprehensively just a week or two after they had finished the race. We found that these people had increased their heart size by about 6%, they dropped their blood pressure a little bit, and they had no scarring on the heart, suggesting that a single marathon for a novice runner is a relatively safe event. 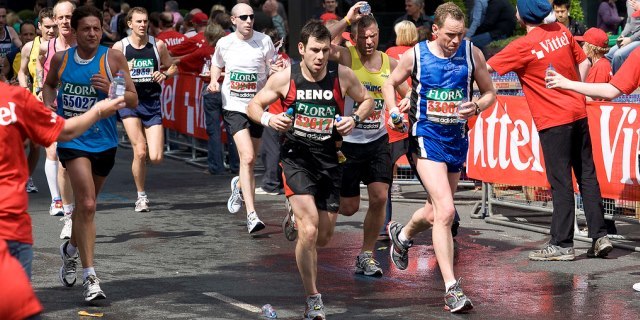 What about running marathons more regularly?

In general, exercise is the best therapy that we could ever prescribe for the majority of our patients. There is nothing in cardiology which has been invented which could surpass exercise in that respect. The paradox about exercise, however, is that if an individual harbours a heart condition, then exercise may be a trigger for sudden death.

There are several stresses of exercise, such as dehydration, acid-based disturbances and electrolyte shifts that may culminate in ventricular fibrillation.

That's the one-million dollar question! There is speculation that this may be the case. If you measured biomarkers of cardiovascular damage, then these are elevated in 60% of marathon runners. If you scan an individual’s heart shortly after they have run a marathon, you will usually find that the left ventricle is a little more sluggish than you would expect. The good news is that when you run tests again three or four days later, you find nothing irregular. So these are transient phenomena that reverse and disappear. The question is whether repeated insults like this over several years could result in adverse cardiac remodelling, scarring, or even arrhythmogenesis?

How can we find out if there's long-term damage?

The answer to some of this may be found in animal experiments. If we take rats and put them on a treadmill every day and exercise them for 60 minutes for up to fifteen weeks, we find that they have large cardio chambers, they have scarring in the atria, they have scarring in the right ventricle, and we find we can induce ventricular tachycardia and atrial fibrillation quite easily. As you would expect, there is no such model in human beings, but we know that around 11% of veteran male athletes show scarring in the ventricular myocardia and around 40% have increased coronary calcification in the vessels of the heart.

It’s very easy to then jump to the conclusion that exercise can be bad for you, but we don’t have any long-term outcomes for these individuals, and there is nothing to suggest that marathon runners prematurely drop dead due to this scarring. As of today the test subjects who exhibited these signs are still alive and well, and not one has had an adverse cardiac event.