Ralph Knöll is Chief Scientist at AstraZeneca, Sweden, and a Principal Investigator at the Karolinska Institutet. In this Alumni story, Ralph discusses the changing landscape of his research journey, his work on curing “Alzheimer’s of the heart”, and looking forward to a healthcare revolution. 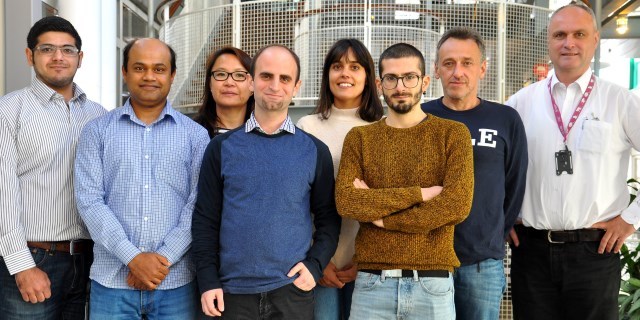 In 2009 I became Professor and Chair of Myocardial Genetics at Imperial College London, home to one of the BHF’s six Centres for Research Excellence. Although my research was supported by a number of national and international grants, it was primarily BHF funding that provided invaluable security and stability for my group at Imperial.

By allowing me to be as productive as possible over a critical phase in my career, the BHF helped me take my next big steps, namely into the roles of Chief Scientist at AstraZeneca and Professor at the Integrated Cardio-Metabolic Centre (ICMC) at the Karolinska Institute in Stockholm. In this dual-role, I now contribute to a unique collaboration between the two institutions that provides a great opportunity for academic scientists to work closely with industry scientists, and to leverage the skills and expertise of many specialists to achieve progress that would not otherwise be possible.

Working between Industry and Research

Since taking up my posts in Sweden, I have learned a great deal, and my research interests and responsibilities have expanded from cardiovascular genetics, physiology and pharmacology to include metabolic and kidney disease. The collaborative ICMC Regenerative Cardiology Programme offers me the chance to combine the Karolinska’s expertise in regenerative, developmental and human stem cell biology with the strengths of AstraZeneca’s MedImmune branch, particularly in the design of recombinant proteins and peptides.

Through these networks, we foster innovative science-based strategies, technologies and therapeutic platforms that help us unpick the epigenetic mechanisms underlying human cardiac disease. I am also fortunate enough to benefit from close collaboration with Moderna Therapeutics, which produces synthetic modified mRNA therapeutics for cardiovascular disease.

Although this initiative has only been running for 3 years, we have already made significant progress, including the identification of a novel epigenetic/genomic disease-causing mutation. We have shown that a single thymidine-to-cytosine substitution leads to a 5-methyl-cystosine methylation with multiple pathological effects, including the expression of novel, pathological protein isoforms that give rise to “Alzheimer’s of the heart”.

This is a type of heart failure characterised by the same type of protein misfolding evident in Alzheimer’s disease. Excitingly, it is possible to reverse this effect through the application of CRISPR technology. Although this type of therapy is currently only experimental in nature, it is our best chance for a cure.

Looking to the future

Although this is undoubtedly a difficult time to be a scientist – particularly a young scientist – it is also an incredibly exciting one. We are on the cusp of a personalised healthcare revolution, which will see individual genomic, epigenomic and proteomic data inform modern biomedical approaches like CRISPR to deliver significant advances in diagnosis and therapy.

Maintaining momentum will require, in addition to investment from the pharmaceutical and biotechnology industries, a concerted effort on the part of basic scientists to keep priming the discovery pipeline and generating the critical evidence that moves the field forward. For this, our scientists rely heavily on organisations like the BHF, which I hope will be able to continue its legacy of support for years to come.

Emma Agnew – Beyond the Lab